Slava Zilber: I would like to interview you about your new book. Could you please explain the title: “I Accuse!: Herewith A Proof Beyond Reasonable Doubt That ICC Chief Prosecutor Fatou Bensouda Whitewashed Israel”

Norman Finkelstein: As you know, Israel has been occupying Gaza since 1967, which is more now than a half-century. Israel has imposed an illegal, immoral, and inhumane blockade on Gaza since January 2006, and Gaza is rapidly becoming – it might have already become – physically an unlivable space. Now, it’s important to keep in mind that the population of Gaza is more than half children. And 70 percent of the population consists of refugees and children of refugees and successive generations of refugees.

So you have a population more than half of which is children, 70 percent of which is refugees and successive generations which for more…

Before our American friends run away with the idea that Secretary of State Mike Pompeo has authority to say that planting Israeli civilian settlements in Occupied Palestine “is not, per se, inconsistent with international law”, and that the Trump Administration is only recognizing the reality on the ground, they might like to hear the authoritative opinion of John McHugo, International lawyer and Balfour Project trustee:

Article 49(6) of the Fourth Geneva Convention of 1949 provides that “The Occupying Power shall not deport or transfer parts of its own civilian population into the territory it occupies.”

Article 49(6) was considered by the International Court of Justice in its Advisory Opinion on the Legal Consequences of the Construction of a Wall in the Occupied Palestinian Territory in 2004. It stated, at para. 120 of the Advisory Opinion…

Chief rabbi Ephraim Mirvis has not only misrepresented the known facts about Labour and its supposed antisemitism crisis. He has not only interfered in an overtly, politically partisan manner in the December 12 election campaign by suggesting that Jeremy Corbyn – against all evidence – is an antisemite.

By speaking out as the voice of British Jews – a false claim he has allowed the UK media to promote – his unprecedented meddling in the election of Britain’s next leader has actually made the wider Jewish community in the UK much less safe. Mirvis is contributing to the very antisemitism he says he wants to eradicate.

Mirvis’ intervention in the election campaign makes sense only if he believes in one of two highly improbable scenarios.

The first requires several demonstrably untrue things to be true. It needs for Corbyn to be a proven antisemite – and…

Americans and also much of the rest of the world have been watching or otherwise following the impeachment proceedings in Washington and not paying much attention to developments in the Middle East that could be setting the stage for a new war.

It should surprise no one to learn that Washington has no actual policy to finish what it is doing and get out so it is allowing itself to be led by its so-called allies in the region. There has been what amounts to a nearly complete reversal of the early October decision by President Donald Trump to deescalate in the region by pulling U.S. troops out of northern Syria. After occupying the Syrian oil fields in the immediate wake of that decision and declaring that American soldiers would shoot-to-kill Russian and Syrian soldiers who tried to retake that bit of sovereign Syrian territory, one… 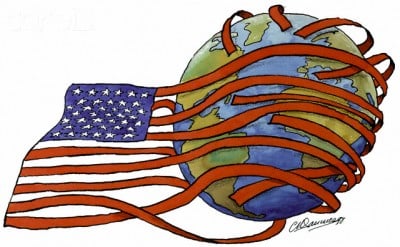 As the US strives to overthrow the democratic and independent Venezuelan government, the historical record regarding the short, middle and long-term consequences are mixed.

We will proceed to examine the consequences and impact of US intervention in Venezuela over the past half century.

We will then turn to examine the success and failure of US ‘regime changes’ throughout Latin America and the Caribbean.

During the post WWII decade, the US, working through the CIA and the Pentagon, brought to power authoritarian client regimes in Venezuela, Cuba, Peru, Chile, Guatemala, Brazil and several other countries.

In the case of Venezuela, the US backed a near decade long military dictatorship (Perez Jimenez ) roughly between 1951-58. The dictatorship was overthrown in 1958 and replaced by a left-center coalition during a brief interim…

Fresh on the heels of commemorating the killing of Israeli icon Yitzhak Rabin, Israel launched a series of attacks and assassinations on Palestinians.

Jerusalem, Palestine — My short visit to Palestine in early November began around the time of the commemoration of Yitzhak Rabin’s assassination, went through the assassination by Israel of Islamic Jihad leader, Bahaa Abu Al-Atta and his wife in Gaza, and ended as Prime Minister Netanyahu, who should be indicted for his countless crimes against the Palestinian people, was indicted for low grade corruption (valued at about $200,000), pulling strings and lying. And as always, Palestinians continue to bury their dead as Israelis bury their heads in the sand.

In a tweet following the assassination of Al-Atta, Dr. Basem Naim, Head of Council on International Relations, correctly wrote that the Israeli leadership is “pushing the area into war to escape its internal failures.” Not…

Al-Jazeera– With inputs from Bilal Kuchay in New Delhi

In video posted by filmmaker, India’s consul general to US seems to advocate Israel-like settlements of Kashmiri Hindus.