Media sources said the soldiers abducted two young people whose names remained unknown after stopping him at a military roadblock in east Jerusalem and taking them to an unknown destination.

The sources added that undercover soldiers infiltrated Beit Rima town, northwest of the central West Bank city of Ramallah, and kidnapped a young man, Bilal Barghouthi, 21, from a coffeeshop.

Over the past several weeks, the army tried to abduct the young man several times by invading and ransacking his family’s home and abducting his father, brother, and some of his cousins to pressure him into surrendering.

In related news, an Israeli court sentenced a political prisoner, Zein Salama, from Anata town, north of Jerusalem, to three months in prison and a 6000 Shekels fine. Zein was abducted on December 25, 2022.

In a small village near Salfit surrounded by five Israeli settlements, the olive farmers and villagers are once again facing an illegal seizure of more of their ancestral farmland by Israeli soldiers and colonizers.

On Sunday, the Israeli military notified Palestinian landowners in Deir Istiya that the military will be seizing 45 dunums of land in Deir Istiya. The army also issued notices to local landowners to stop the construction of eight facilities in the area.

The head of the Deir Istiya municipality, Moath Salman, said, “The occupation forces delivered a notice to seize 45 dunums of land belonging to the heirs of Mustafa Mansour from the town of Deir Istiya, in an area known as “Jabal al-Dib” north of the town, adjacent to the “Emmanuel” settlement established on the citizens’ lands.

The eight were taken prisoner in a military offensive in the Aqabat Jaber refugee camp, where the army alsokilled five Palestinians, including siblings, and injured many others.

In Bethlehem, south of occupied Jerusalem, the soldiers invaded and searched several homes in the governorate and abducted Sanad Amjad Taqatqa from Beit Fajjar town, south of the city, Mustafa Jamal Al-Badan 22, from Tuqu’ town, southeast of the city, and Ahmad Nasser Asakra, 25, from Asakra area, east of Bethlehem.

On Monday dawn, Israeli soldiers shot three Palestinians with live fire and caused at least three to suffer the effects of tear gas inhalation after the army invaded the Aqabat Jaber refugee camp, south of Jericho, in the northeastern part of the occupied West Bank.

Many army jeeps surrounded the refugee camp before invading it, leading to protests, before firing many live rounds, rubber-coated steel bullets, and gas bombs.

The Palestinian Red Crescent Society (PRCS) said the soldiers shot three young men with live fire in the legs and caused at least three to suffer the effects of tear gas inhalation.

The PRCS added that the soldiers obstructed the work of its medics and attacked one of its ambulances while trying to prevent it from entering the refugee camp.

The soldiers also stormed, ransacked several homes in the refugee camp, and abducted a few Palestinians; one was identified as Shaker…

Israeli sources said that the Israeli police and the “City Council” in the occupied capital, Jerusalem, are preparing to demolish a residential building housing more than 100 Palestinians, including children, in Silwan town, south of Al-Aqsa Mosque.

The sources said the building would likely be demolished on Tuesday or Wednesday, adding the destruction could take up to 24 hours.

The four-story building houses twelve families of at least 100 Palestinians, who will be rendered homeless.

More than 500 police officers and soldiers will demolish the property and encircle the entire area after receiving the green light from the fanatic, right-wing “National Security Minister, Itamar Ben-Gvir of the extremist, anti-Palestinian, “Jewish Power Party.”

Israeli sources quoted the Jerusalem Municipality claiming that it “routinely demolishes houses under the provision of the law.”

Israel delayed the demolition of the property for several years due to international pressure, but despite attempts by various world…

On Sunday, Israeli soldiers abducted eleven Palestinians in several parts of the occupied West Bank, including a former political prisoner who held an extended hunger strike.

In Bethlehem, south of occupied Jerusalem, the soldiers abducted Amin Ali Thawabta, 21, and Khaled Mohammad Taqatqa, from their homes in Beit Fajjar town, south of Bethlehem.

In Hebron, in the southern part of the West Bank, the soldiers abducted Essam Mousa Mawas, 23, from Bani Neim town, northeast of the city.

In Ramallah, in the central West Bank, the soldiers abducted Ibrahim Zobeidi from the Al-Jalazoun refugee camp, while…

On Monday dawn, Israeli soldiers killed five Palestinians, including two siblings, injured many others, and abducted eight, in the Aqabat Jaber refugee camp, south of Jericho, in the northeastern part of the occupied West Bank.

The Israeli army and the Israel Security Agency (Shabak) said they carried out a joint operation to capture Palestinian fighters in the refugee camp and exchanged fire with them.

The army added that its soldiers killed the five Palestinian fighters and stated it invaded the refugee camp to capture Hamas fighters suspected of firing at a restaurant in the illegal Vered Yeriho illegal colony on January 27h.

It claimed the soldiers spotted one of the Palestinians…

On Monday, Israeli soldiers uprooted hundreds of olive trees, in Marda village, north of Salfit, in the central part of the occupied West Bank.

Nasfat Al-Khoffash, the head of Marda Village Council, said the soldiers invaded the western area of the village and uprooted hundreds of perennial olive trees as part of a project to install water pipelines for the illegal segregated colonies built on stolen Palestinian lands in the Salfit governorate.

He added that the Israeli waterlines project is still ongoing and will lead to thousands of perennial trees uprooting.

Al-Khoffash also said that the orchards Israel is uprooting are filled with olive trees, the only source of livelihood for dozens of families in the area.

Israel’s colonies in the occupied West Bank, including those in and around occupied East Jerusalem, are illegal under International Law, the Fourth Geneva Convention, and various United Nations and Security Council resolutions. They…

A powerful 7.8-magnitude earthquake has hit Turkey and Syria, killing over 2,300peopleand trapping many others.

According to the head of Turkey’s disaster and emergencies management agency (AFAD) Yunus Sezer, the country’s death toll following the earthquake has risen to about 1,500with thousands of buildings destroyed.

Turkey’s President Recep Tayyip Erdogan has described the earthquake as the country’s largest disaster since 1939.

The Ankara government has… 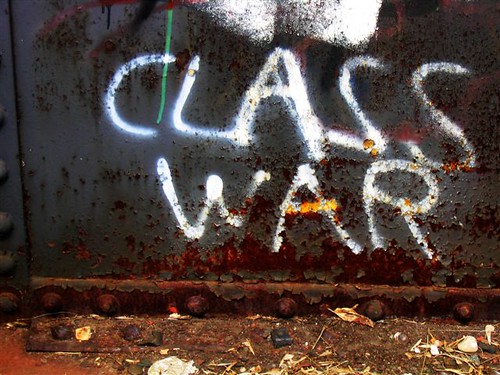 In this episode of Geopolitical Economy Hour, economists Radhika Desai and Michael Hudson discuss inflation: what it is, what causes it, and what are the problems in how the Federal Reserve and other central banks respond to it.